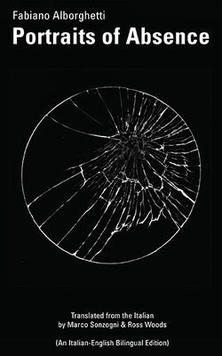 Portraits of Absence is poetry of witness, of unflinching eyewitness accounts of atrocities--the devil's definition of humanity. Fabiano Alborghetti's words, unfolding with machine-gun hiccoughs and staccato rhythms, spaces where the dead drop and the living fall, weeping, are tactile, palpable, sonnets of wreckage and ruin. Consider him a 21st-century Wilfred Owen or Siegfried Sassoon, with even less reticence before Horror than either of those Great War Poets. Alborghetti is an essential voice, a cry out-of-the-wilderness of our own bad, mad, sad hearts. We are lucky to have such a courageous Cassandra; we are damned that he has so much Terror to report to us. These are magnificent, impressive lyrics, unforgettable in their heart-tearing, barbed-wire-laced, gung-ho Sorrow.

Ross Woods, is a Lecturer in the Spanish Programme of the School of Languages and Cultures at Victoria University of Wellington, New Zealand, translator Ross Woods specializes in post-Civil War Spanish literature, with a particular focus on the theme of memory in the poetry of José Manuel Caballero Bonald. Among his publications: Understanding the Poetry of Jose Manuel Caballero Bonald: The Function of Memory in a Spanish Writer's Art (2012) and Revisiting the Past: Memory and Trauma in the Postwar Spanish Novel, (eds. Sarah Leggott and Ross Woods, 2013)